We are very excited to announce our logo design for Jordan Supper Club won silver in the Graphis International Logo Design Competition!

PROJECT: To create a unique logo design for the Jordan Supper Club that would combine the classic and historic elements of supper clubs with a modern look.

APPROACH: We began by creating a logo that matched their rustic interior feel. We incorporated one of their more prominent decorations, a large deer head mounted on their fireplace. We chose simple gold and black colors to convey an elegant, yet modern, look.

RESULTS: The client was very happy with the finished logo because it captured what they wanted a classic yet modern look. The deer head has become a staple icon of their brand identity and marketing. The restaurant has been very successful and we have received tons of positive feedback on the logo and brand identity design.

ABOUT GRAPHIS: Graphis is committed to presenting and promoting the work of exceptional talent in Graphic Design, Advertising, Photography and Art/Illustration. In addition to the Platinum, Gold and Silver winners, Graphis also embraces rising talent, all of whom have an equal Archive presentation. In our hardcover Annuals, Platinum and Gold winners receive full-page exposure, Silvers are also presented and all Merits are listed. Up to 500 entries from each competition are included in the online archive for future reference, where everyone gets the same presentation.

In 1970, Walter convinced his son, Marcel Herdeg, to take over the publishing aspect of Graphis so that Walter could concentrate more on the design and production of the magazine and books. A recent law school graduate, Marcel successfully learned the business and brought Graphis to new heights. During Walter’s reign, Graphis became one of the classiest publications available due to his care and impeccable taste. As Walter grew older, he told Marcel that he would like to retire and close Graphis’ doors. However, Marcel felt that his father had built something valuable and that the company could successfully be sold.

With many prospective suitors, Walter, with Marcel’s help, sold the company in 1986 to B. Martin Pedersen. A few years later, the Graphis headquarters were relocated from Zürich to New York City. The Annuals were redefined and new books were added to the Graphis roster, including Advertising, Photography, Logo, Branding and Typography, among others.

Today, the Graphis tradition continues, presenting award-winning work, from 1944 to the present, in digital and print. 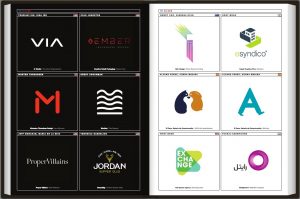